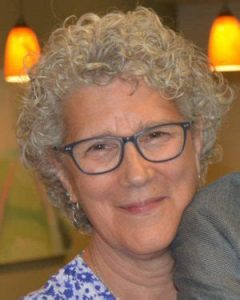 Anne Marie is a Co-Owner of Windhorse Community Services in Boulder, CO. She received her MSW from the University of Denver in 1986 and spent the first 18 years of her career working in both community mental health and nonprofit settings.  In 1996, she relocated to Northampton, MA and began her work with Windhorse Associates. Anne Marie served as the Clinical Director from 2001-05 as well as the interim Co-Executive Director from 2002-03.  She returned to WCS, Inc. in 2006 as a senior clinician, and became Director of Admissions in fall 2007.  From 2011-2019, she was a Windhorse co-director/owner. Anne Marie retired as a co-director in March, 2019 and continues in her role as co-owner. Currently, she is the Co-Admissions Administrator and a Senior Clinician. Anne Marie was an adjunct faculty member from 2006-2013 for the MA contemplative Psychology Program at Naropa University and has co-authored a chapter of describing the Windhorse approach in the book “Alternatives Beyond Psychiatry”. In addition, she is a certified Maitri Space Awareness teacher through the Naropa Contemplative Education Department.